Dr. Benyamin Poghosyan is the Executive Director, Political Science Association of Armenia holding this position since February 2011 and the Founder and chairman, Center for Political and Economic Strategic Studies since 2017.

He was Vice President for Research – Head of the Institute for National Strategic Studies at the National Defense Research University in Armenia in August 2016 – February 2019.  He joined Institute for National Strategic Studies (predecessor of NDRU) in March 2009 as a Research Fellow and was appointed as INSS Deputy Director for research in November 2010. During his 10 years job at the only Armenian state think tank dealing with Armenian foreign policy and regional and international security, Dr. Poghosyan has prepared and managed the elaboration of more than 100 policy papers which were presented to the political-military leadership of Armenia, including the President, the Prime Minister and the Minister of Foreign Affairs. Since 2009 Dr. Poghosyan, as a speaker has participated in more than 50 international conferences and workshops on regional and international security dynamics.

His primary research areas are geopolitics of the South Caucasus and the Middle East, US – Russian relations and their implications for the region, as well as Chinese Belt and Road Initiative. He is the author of more than 200 Academic papers and OP-EDs in different leading Armenian and international journals.

In 2013 Dr. Poghosyan was a Distinguished Research Fellow at the US National Defense University College of International Security Affairs and is a graduate from the US State Department Study of the US Institutes for Scholars 2012 Program on US National Security Policy Making. He holds a PhD in History and is a graduate from the 2006 Tavitian Program on International Relations at Fletcher School of Law and Diplomacy. 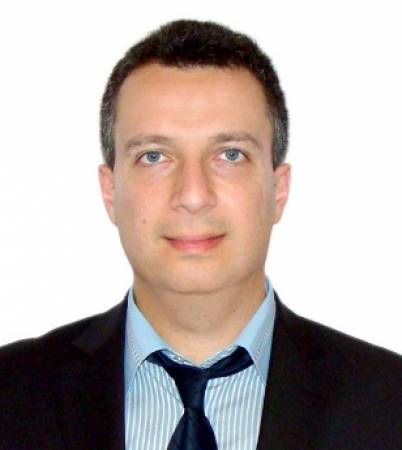