Dr. Karl-Heinz Kamp is the Special Envoy of the Political Director at the German Ministry of Defence. He studied History and Political Sciences in Bonn and holds a Ph.D. from the University of the German Armed Forces, Hamburg with a dissertation on NATO’s nuclear planning procedures.

He started his career in 1986 at the German Council of Foreign Affairs (DGAP) in Bonn. In 1988, he has been Research Fellow with the Center for Science and International Affairs (CSIA), John F. Kennedy School of Government, Harvard University, USA. In September 1988, he joined the Konrad Adenauer Foundation in Bonn, where he became Head of the Foreign- and Security Policy Research Section in 1992 and later the Director of its International Planning Staff. From 2003 to 2007, he was the Security Policy Coordinator of the Foundation in Berlin. From 1997 to 1998, Dr. Kamp was on a temporary assignment with the Planning Staff of the German Ministry of Foreign Affairs and in 1999, he taught at the Institute for Political Science at the University of Cologne.

From November 2007 to October 2013, he served as the Research Director of the NATO Defense College (NDC) in Rome to build up NATO's Research Division. In 2009, Secretary Madeleine Albright selected him as one of the Advisors for the NATO Expert Group on the New Strategic Concept.

In November 2013, he joined the Federal Academy for Security Policy in Berlin (BAKS) – first as Academic Director and later as the President of this institution. In October 2019, he moved to the German Ministry of Defence to become the Special Envoy of the Political Director of the MoD. 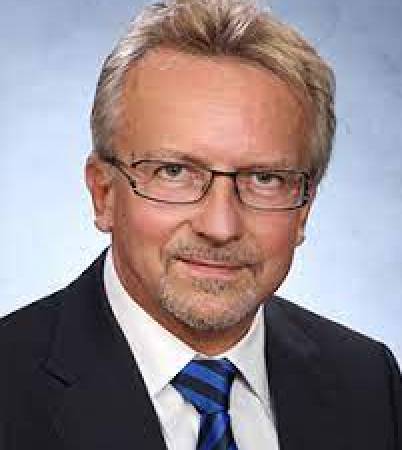